As spin is more and more introduced into the game of tennis, there was a lot of confusion how to create a spin in  a most efficient way. By confusion I mean teaching kids to create a lot of spin using their arms solely, seeing lots of kids in a very early age having problems with the injuries of their elbows and wrists. There was a lot of issues teaching kids to accept the VIPER shot, enabling them certainly to create a good spin but of what cause. Injuries.

Before any conversation about the spin and efficiency of the spin (as all of the players would like to create the high revolution spin as Nadal), there has to be an explanation about how to create the spin using proper sources of power.

Source of power is always a KINETIC CHAIN starting from the leg drive. From there the energy is transfered into the hips. HIPS are the key point of any shot, especially in creating a spin. This is where we come to the point of LINEAR TENNIS, linear momentum.

As explained before with the pivot step or jab step, the hitting side of the body (leg, hip and shoulders) is rotated.

With the hip rotation away from the ball in the positioning stage the player is ready to create the most efficient power. Then rotating the hips forward towards the contact point, a player creates the most efficient acceleration of the hitting side to the ball. As hips are rotating, the arm FOLLOWS the direction of the hip movement. 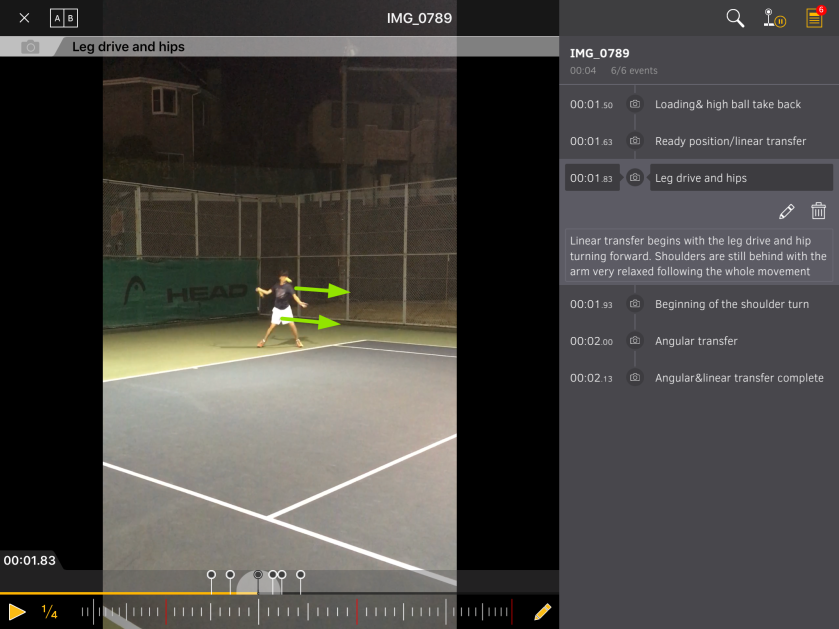 AS THE HIPS ARE MOVING FROM BEING AWAY (backwards) TO THE CONTACT POINT (forwards) THE HITTING SIDE IS MOVING INTO STRAIGHT DIRECTION, CREATING THE LINEAR MOMENTUM. This is the necessary movement to create the most efficient and flowing transfer of the energy from the powerful legs to the contact point with the minimum arm deployment which enables the player to create the most efficient spin possible. HOW? 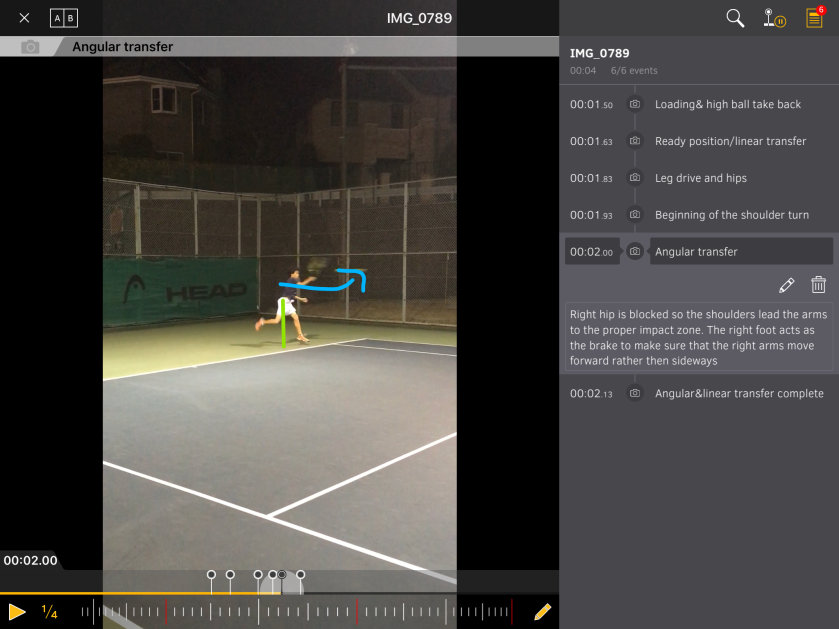 As the hitting side is pushed forward creating the body and arm acceleration and therefore power, the next step is to create the spin. Spin is created by : 1. shoulder rotation and 2. having the wrist and fingers of the hitting arm moving low to high. This is where we come to the point of ANGULAR TENNIS, angular momentum.

With the wider shoulder rotation then hip rotation in the preparation phase, the player can create the angular momentum as after the hip rotation stops, the shoulder can continue the following through and end up much more in front of the hip in the ending phase of the stroke.

2. When I think about spin, I think about low to high movement. This is the way we were thought before any VIPER was “invented” or extreme grips introduced. For now, instead of explaining the spin creation through the supination and pronation of the forearm let’s make it simple. More the head of the racquet gets below the ball before the contact point, more the strings of the racquet will spend in the contact with the ball, accepting the ball at the higher end of it, going around the ball and letting the ball go from the strings at the lower end (more about the spin creation later on). How does it happen? Using the wrist and the fingers (TOGETHER!) of the hitting arm. To control the wrist, fingers are making sure that the racquet moves more forwards and not finishing sideways, which causes injury (more about fingers and their role much later).