What is preparation phase? Placing the ball in the air while the body is getting ready to store the energy (cocking phase) in the most efficient way for the throwing motion (acceleration and follow through phase).

The beginning of the serve is a very individual aspect of the service motion, and it varies in technique, feet positioning, timing and pace. During this phase, there are no ground reaction forces involved in the motion, so it’s rather the timing and the swinging of the arms and hips that is important. But, that doesn’t mean that the motion should be monitored without the leg movement. 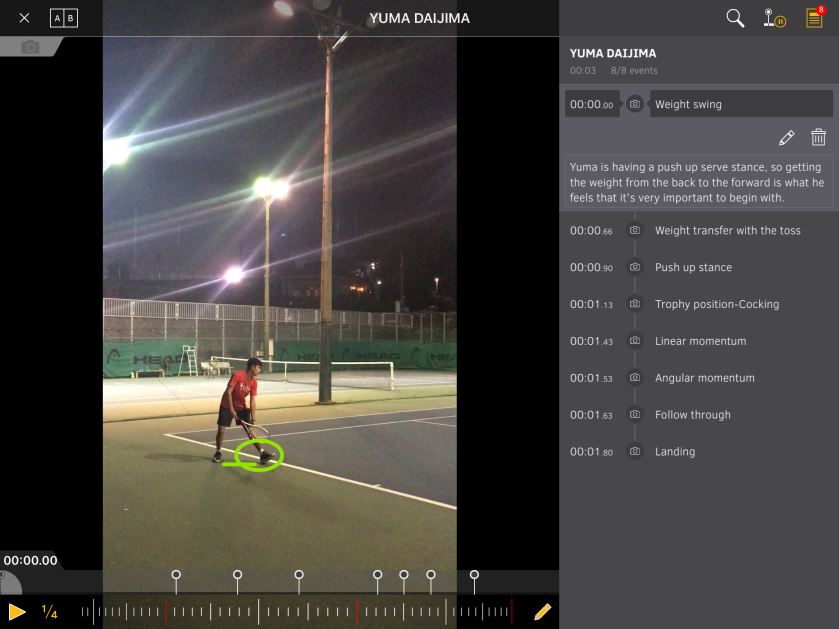 Swinging the hips from the back and placing the body weight to the back foot, the rhythm and pace of the motion is more fluent and flowing. The whole legs, hip and arm swinging movement adds to the efficiency of the motion that comes after, cocking phase. Placing the ball in the air/ NOT toss

I keep on trying not to address it as the ball toss. The word toss in the player brings the confusion and stress. Tossing sounds more like a process of taking the ball from a starting point to the perfect spot. The focus is on the ball, therefore usually the arm movement stops as soon as the ball leaves the hand, which is the most common problem. This makes the serve motion inefficient in so many ways, therefore this blog will be in details about this very important movement.

Contact with the ball must be high enough in order for the player to strike the ball at its highest point. This makes striking angle high for the player to stretch at the maximum (efficient leg drive), while allowing the player to have enough time for the efficient transfer of the energy from ground up through the kinetic chain movement. The importance of the constant ball placement is because if the contact point varies, then the body needs to adapt all the time to be able to accelerate and follow through.The consequences of these constant “adaptations“ are ineffective serve technique, breakage of the kinetic chain and possible chronic injuries.

The toss is more constant if the movement of the tossing arm is followed with the passing the body weight to the front toes. Staying in the neutral body position (body weight equally distributed to the rear and front foot), will definitely take away the precision of the toss, having the ball placed above the baseline rather then in front of the servers body. Distribution of the body weight to the front adds to the up and forward motion of the arm rather then  just lifting it upwards. In this way, the non hitting side of the body has more stability, which helps the hitting side to tilt the hip backwards and better load the back foot.

Left arm (right handers) after the ball release, is NEEDED to continue with the motion of reaching upwards and following the ball while moving up in the preparation phase.

There are a couple of reasons to do so:
1. Makes the ball placement more controllable as there are not sudden stopping movements of the arm. During the tossing movement, there are three joints involved (shoulder, elbow and wrist).

As there are so many joints involved, it’s very difficult to control the movement if not using one primary. In this case, the dominant joint is the shoulder joint that is moving the arm up, while the elbow and wrist joints should be as stable as possible.
2. Left arm continuing to follow the ball trajectory upwards ends up with having the left shoulder higher and above the right, hitting shoulder.

This is a crucial moment in the cocking phase as enables the angular rotation in the acceleration phase from the hips and shoulders up and forward, rather then just forward. This kind of rotation enables the player to move upwards to the follow through.
3. Left arm continuing to follow the ball trajectory enables the left arm to stretch upwards from the shoulder to the palm and fingers. Reaching upwards with the whole arm, including the bottom of the palm enables the left arm to accomplish the maximum stretching, which brings the whole left side more stability in the rotation of the acceleration phase.
4. One more very important reason is that the rotation through the ball (angular) is initiated 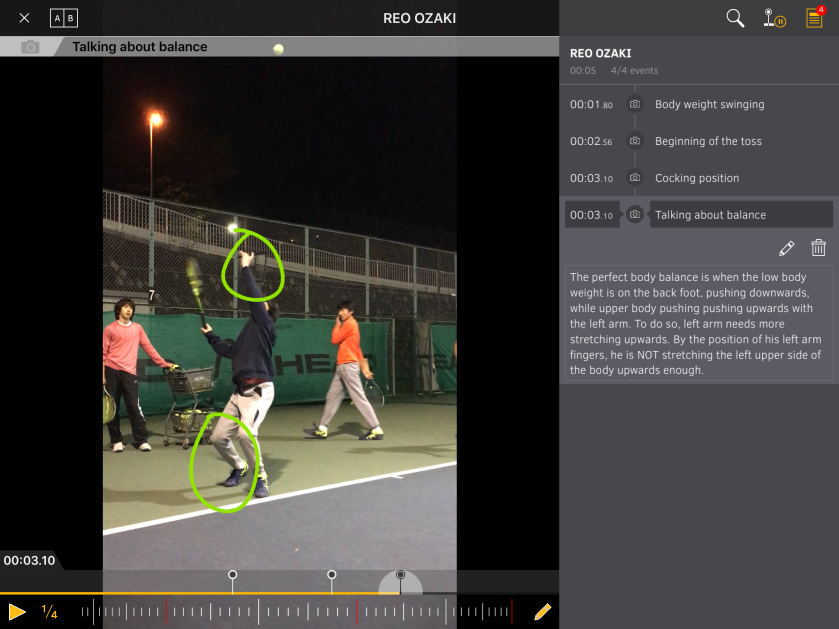 by the back hip and strong push from the left, non hitting elbow.Having the left arm high up, gives the player a chance for a much stronger shoulder rotation upwards to the higher contact point.

Next blog: Cocking and acceleration phase