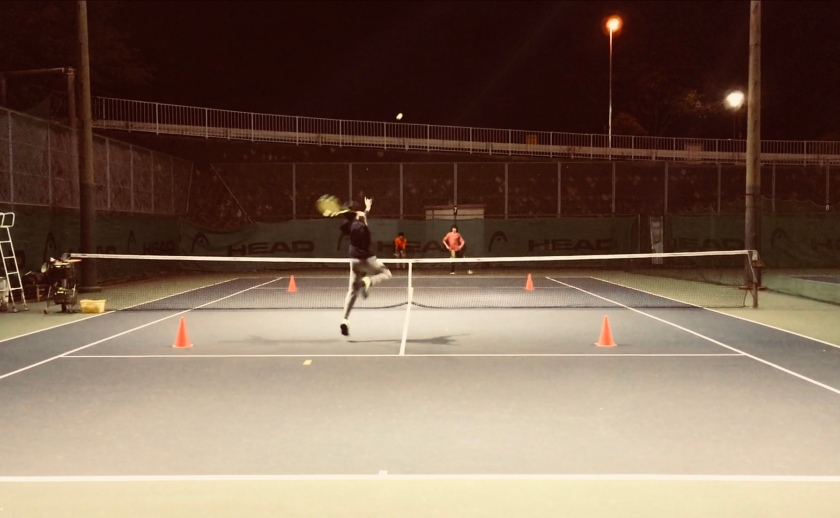 CREATING THE MIND AND BODY CONNECTION

1. Tennis is a game of strong decisions and appropriate response of the body movement. To be prepared for the game relates to how the mind sends the right type of signal to the body and the muscles to result in the same type of movement that the mind created before the movement occurred. Muscle memory does not exists, but what does exist is training (building stronger) the neural pathways from the mind to the muscles in order for the athlete to better recognize (reading the cues and anticipation of the game) and create the adequate movement and stroke. 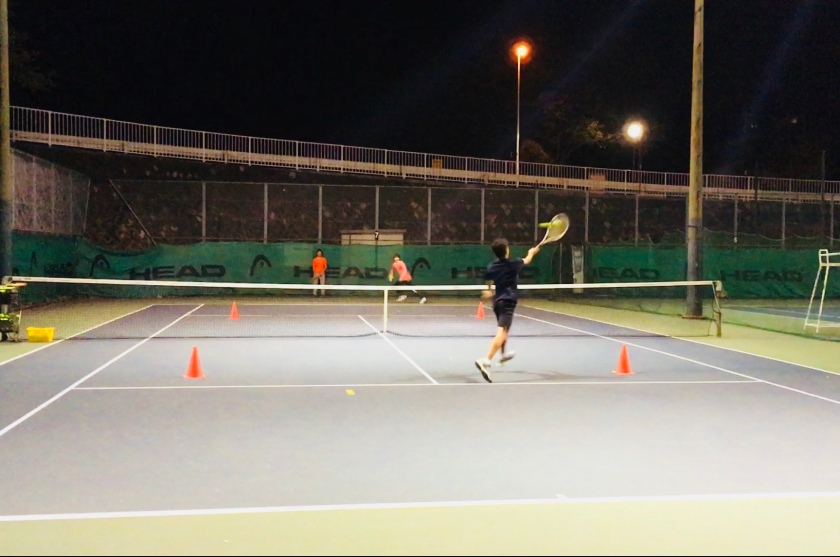 The training of those pathways is based on the mental and physical repetition of the right kind of movement. The consistency of those movements will build a strong neurological memory of the mind and body (based on repetition and experience) therefore enabling prediction (anticipation) of the game and its elements. The constant changing of perception during a point very much influences the need for action and rapid decision making by the player. Creating strong neurological pathways is making the process of decision making more efficient and faster by building the experience blocks through exercise. Being aware of the cues from which the neurological reaction is created and pairing it with the motor functions as the movement reaction to the cues, the player can create a strong training experience blocks that can further translate to the game itself. Developing those blocks help the players to recognize the cues they didn’t face before which could help in further improving their performance as they need to find new ways to create adequate body response to the newly discovered cues of the game. Being aware of the existence of the neurological pathways and creating a strong and solid bridge between the mind and muscles is the way of creating awareness of the body movement and creating feedback if the movement is efficient (technique and tactical placement of the stroke) or it needs to be corrected further. 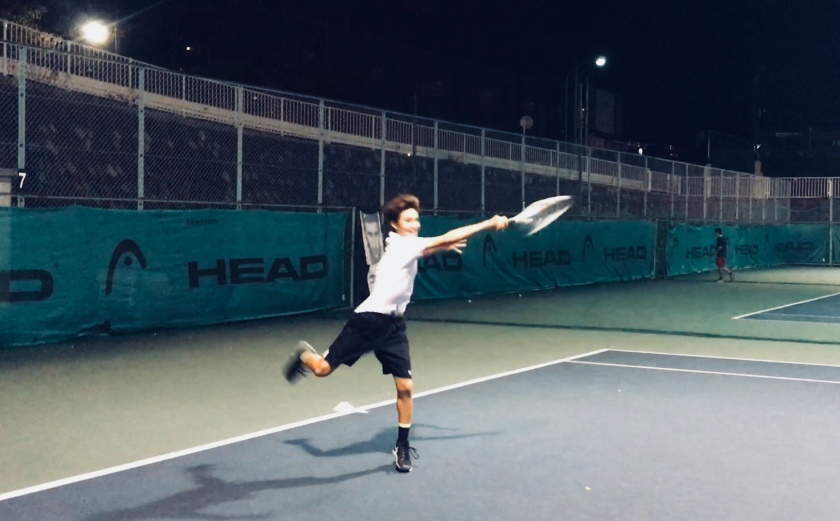 Creating the strong relationship between the mind and the body in this way can support the faster transport of information and therefore the consequence of it would be the quicker game cues recognition, faster stroke preparation, more efficient body movement initiation and control and greater situational awareness.

2. It’s not just accuracy, it’s about noise reduction as well!
Automaticity in sport results from the consistent repetition of the almost same (not similar) movement patterns. Automaticity in tennis is based on the ability of detecting the stroke-relevant cues and employing the body movement to respond to those cues.
Strengthening the connections between input (cues) and output (movement) through practice that is based on real time game situations is the most efficient way to create the automaticity in tennis game. 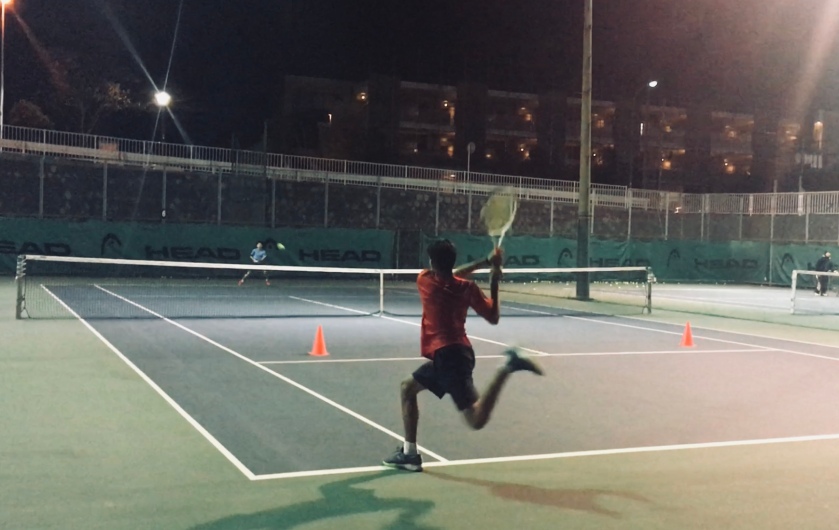 Why through real time situations?
Well, first of all, that is the reason why everybody is practicing – to perform at the level as close as possible to the practice level. Introducing the training concept of hours of hitting the balls from the same place practicing accuracy without the influence of the game environment will improve the level of accuracy for sure, but only at the situations where the pressure of the game is at the minimum. That would be a practice without the “noise”.
“Noise” should be referred to as the interfering neurological signaling from the mind to the body due to the influence of the irrelevant information from the environment (increased difficulty of the task leads to increase levels of arousal) that is limiting the efficient transfer of the right signals to the performing muscles. Usually the source of the noise is related to the stroke expectations in the sense of the controlling the pace and trajectory of the ball. It results in the unwanted (unconscious) changes in the stroke performance. In the case of the practicing in the unchanged environment, the mind and the body are having a connection without the interference of the game elements such are the pressure of the game score, positioning of the opponent, momentum of the game, stroke expectation (situational probability) and preparation for the next stroke. Practicing while the accuracy (ball placement) is influenced firstly by recognizing the cues of the game while being aware of the game situation is the practice that is the closest to the real game of tennis. Approaching practices in this way will enhance the ability of the player to better understand the game, increase the possibility of recognizing the relevant cues at the right time, decrease the levels of the noise of the irrelevant cues (external and internal), create confident stroke expectations and to initiate the movement at the right moment related to the time and space.

3. Awareness and Attention
The term attention is used to explain different processes and all of them are important for tennis. Firstly is used to explain that attention can be selective. Selectivity of the attention is important for the players as they should be focusing only on timely and relevant cues of the game. The attention is changing from the external location (from the opponent’s body language to the ball) to the internal cues (stroke initiation and completion) and then again to the opponent’s location and reaction. Attention on the external cues was mentioned many times before as it’s completely related to the situational awareness of the game (previous blog about situational awareness). The internal cues are related to the stroking patterns (awareness of the stroke production) and processing the information about the movement. In this way a player should be completely engaged in the completion of the stroke while being able to self detect any potential errors that occurred during the movement. Having complete selective attention to the completion of the stroke rather then shifting the attention to the trajectory of the leaving ball will enable the player to be fully aware of the importance of the sensory feedback while performing.
Secondly, it relates to our ability to efficiently and timely shift our attention from the task in hand while preparing for the next task. This type of shifting the attention is built through the situational practice as the change of attention is related to the shift from the internal to external cues and vice versa. Although directing the player’s attention to the relevant cues is very important aspect of the practice, the time frame of keeping the momentum of the attention on those cues is very relevant as well. The shifting of the attention shouldn’t be done too soon or too early, as timing in tennis is very important element of the game.
Attention is also referred as the state of being alert and ready to respond to the cues, which s very much connected to the shifting attention.

THE PILLAR NUMBER THREE: CREATING YOUR OWN PSYCHOLOGICAL GAME