BIOMECHANICS OF THE STROKE

In tennis, the player transfers the energy from the body to the ball through a tennis racket to generate speed and spin of the ball. The loaded energy is the potential (stored energy) is transferred through the kinetic chain into the moving energy (the energy of movement) of the body segments in the timely manner through the ball into the wanted direction.

Potential energy is elastic energy stored in muscles and tendons under tension.

Muscles in human body function in the same way as shooting a rubber band. The tension developed in the junction of the muscles and their tendons by the eccentric loading, causes them to act in a rubber band manner. Then the stretch shortening cycle occurs when this kind of elastic stretching (eccentric muscular contraction), is immediately followed by an explosive concentric muscular contraction (the release).

Tendons that are connecting tissues of the muscles to the bones are the energy storage space. Tendons of our bodies are highly elastic and therefore they can store elastic potential energy when they are stretched by a acting force and then they can recoil pretty fast. The tendons in the distal regions of the limbs are long and very capable of storing a high amount of elastic energy, therefore they should be used the most in performing energy efficient and high speed movements.

The key to the recovery of the elastic energy is the timing between the stretch and shorten phases of the motion. The benefit of this stored energy is reduced if a delay occurs between these phases of the movement. Muscles can contract more powerful immediately after following a stretch due to release of elastic energy that is stored at the stretching phase. The speed of internal rotation of the upper arm in serve motion can be increased by about 20% if released immediately compared with a 1.5 second pause condition. In tennis it is therefore essential that only a short pause occurs between the backswing and forward swing phases of stroke production.

The stretch–reflex is an involuntary reflex and it causes the stretched muscle to contract stronger and at the same time inhibits the antagonist muscle from contracting (if they do they are slowing the movement). The stretch–reflex (in many cases labeled as stretch-shortening cycle) is consisted of the sharp eccentric contraction which happens immediately after the strong reflex concentric contraction enabling body’s fast movements supported by full joint amplitude. 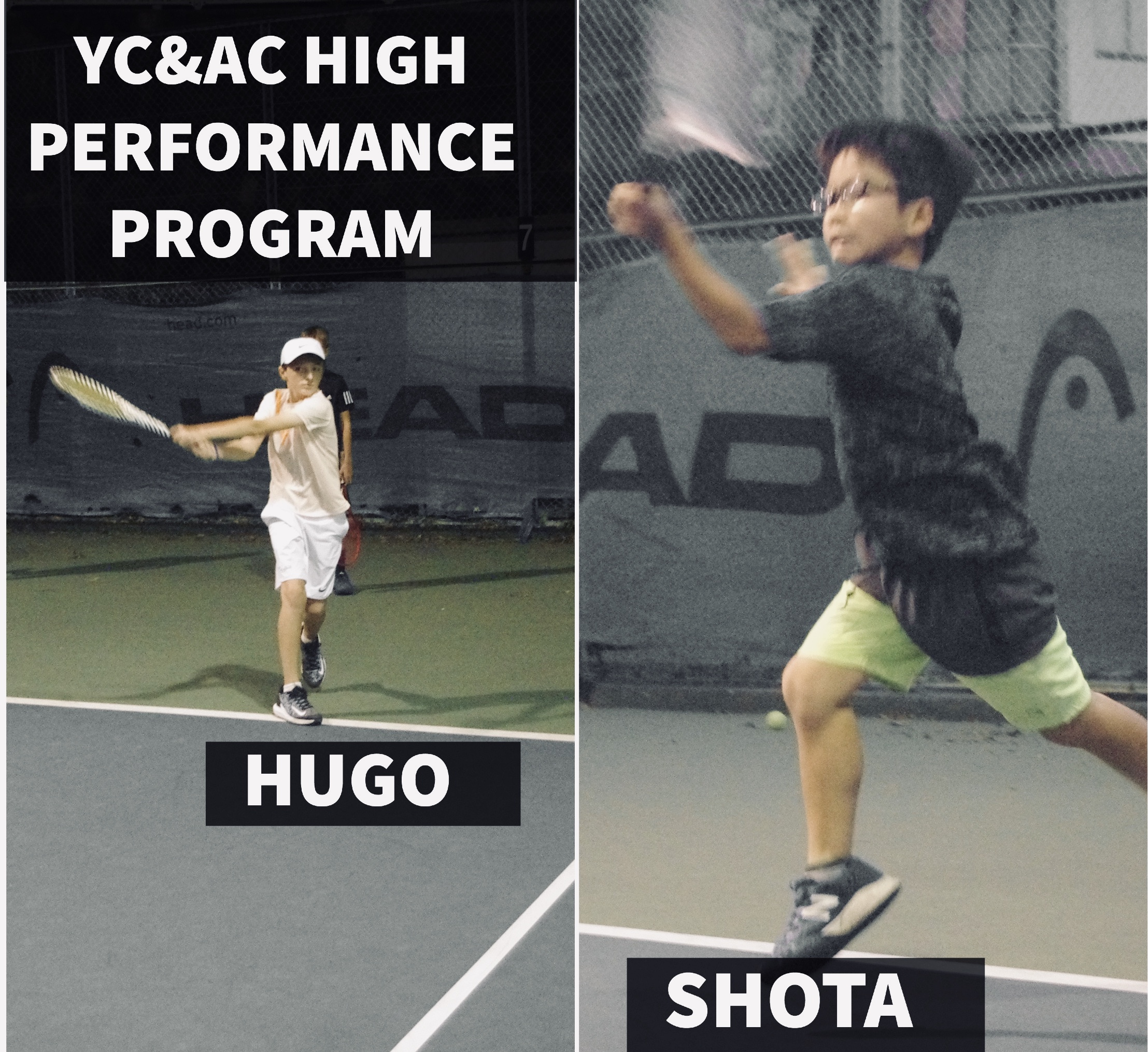 The rate of contraction is significantly faster and more powerful than in condition of the  voluntary muscular contraction as the the faster the muscle is stretched eccentrically, the greater the force will be on the following concentric contraction. The stretch–reflex is the quickest and involuntary reflex, therefore the player can generate speed and power without consciously limiting the range of motion.

Potential to kinetic energy in a game situation

To ensure stability in any of the situations (defensive – neutral – offensive) the player has to have a support from the legs, loading them while ensuring the optimal base of support of the body with center of gravity being low. This enables the player to create a snowball of energy transfer through the kinetic chain, from the ground up through the big muscle groups of legs and hips. The loading through storing the elastic energy of lower and upper body muscles directly affects the players posture, momentum and stroke efficiency (direction and pace). The more loading of lower and upper body muscles is stable and synchronized, the more the expectation of the successful forward momentum transfer and aggressive stroke, providing ball flight penetration and advantage during the point.

The loading of the lower body begins at the moment when the loading knee is pressing the loading foot against the ground. With this motion the center of gravity is lowering and the base of support is becoming wider and more stable. The knee pushing the feet against the ground is followed by the coiling of the hitting hip and loading most of the lower body weight to the foot and leg. This chain of motion puts the leg muscles on stretch and with the support by the ground forces, it drives the stored energy through the legs upwards towards the hips and upper body (torso, shoulders, elbow and wrist).

Kinetic energy refers to the motion that needs the acceleration from the resting position.

During the initiation of a ground stroke the feet are positioned for open or closed stance position. The shoulder and torso are rotated which causes a “coiling” of the trunk muscles. The foot from which the follow through motion should be initiated is pushing against the ground to receive the needed force from the ground (GRF). Player in this position stores great deal of potential elastic energy in the tensed muscles and stretched tendons. This energy is then released in a sequenced movement of the segmental body parts through the flowing fluid timely motion so that the transfer of the maximum momentum occurs from storing the energy to releasing the same.

The importance of the flowing kinetic energy through the closed chained motion is not related only to the efficiency of performing a stroke in tennis but for the movement as well. Rapid transfer of energy while keeping the balance is the prerequisite for the efficient reaction and movement to the ball. Using the kinetic chain to accelerate and decelerate in tennis has always been a challenge for players to understand and implement into their game. Every human motion involves the coordinated and synchronized movement about many joints working together and although every segment of the body can be identified as an individual motion generation part, for humans to perform all this parts need to work together in a chain. The breakage of the energy flow through the kinetic chain can be due several reasons among which is poor stroke mechanics due to the poor preparation timing.

How the energy is transferred through each segment?

Tendons of our bodies are highly elastic and therefore they can store elastic potential energy when they are stretched by a acting force and then they can recoil pretty fast. The tendons in the distal regions of the limbs are long and very capable of storing a high amount of elastic energy, therefore they should be used the most in performing energy efficient and high speed movements.

Kinetic chain is oriented into conversion of the linear momentum to angular, usually around the stable post leg (Schonborn, 1999). At the start of the forward phase, using the GRF, the player pushes off the ground with the rear foot and ankle, transferring the energy through a knee to the rear, hitting hip. Once the legs reach their peak velocity the velocity is transferred to hips. From there, the hip moves first forward, followed by the trunk rotation. At this point the arm with racquet have inertia and tends to move backwards extending in elbow at the point when the hitting shoulder (non hitting shoulder is locked to bring the hitting shoulder into parallel relation) rotates forward. With the both shoulder (non hitting shoulder leading creating counter clock movement to preserve the angular momentum and direction of the movement) rotation, the arm is pulled forward, wrist accelerates to the ball and together with the pointer finger accelerates through the ball. At the final moment before the contact, the velocity created through the kinetic chain increases significantly at the wrist and fingers to the top of the racquet (as the final, most distal part of the kinetic chain) resulting in the peak acceleration through the ball.