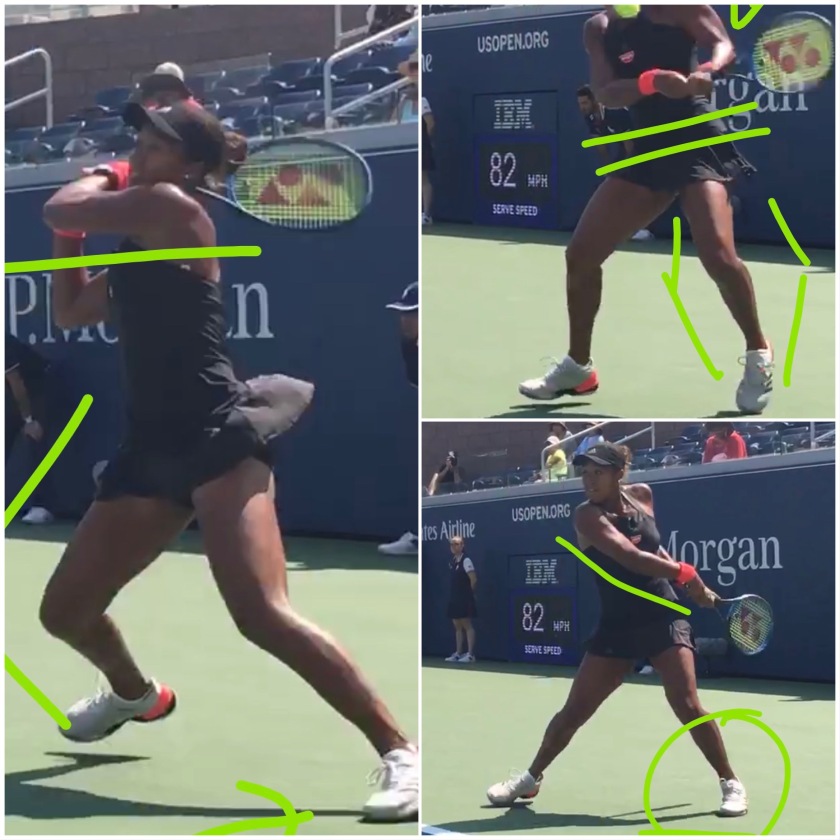 Perception of tennis through attacking or defensive strokes is completely wrong for many reasons.

The first and most important one is that tennis demands complete control over the point through body movement, flow of the motion throughout the stroke and quality decision making about the ball placement at the opposite side of the court. These are all components of the high performance tennis based on the mental pillars of confidence and self belief. Initiating preparation for the stroke that is considered defensive not only influences the stroke mechanics but decreases the levels of forces used in the stroke production.

Therefore, the more important perception should be through attacking or counter attacking.

Counter attack does not mean that the stroke has to have absolute penetrating abilities such an attacking stroke but by using the stroke a player can neutralize the attacking intentions of the opponent, placing him/her to the unfavorable position at the court.

In order to produce a stroke with counter attacking potential, the player should create enough space between the loading leg and hip and the stability hip (opposite side) creating larger space for the hips to align at the contact point. The wider the space = larger the external hip rotation, which creates better chances for powerful hip abduction supported by the rear leg drive.

As an reminder, the kinetic chain, as the most efficient way of transferring the forces in tennis from the ground throughout the contact zone, is built upon the principle of the summation of energy from proximal to distal body segments.

In the case of Naomi, in the same point she hits three counter attacking strokes from different loading positions with intention of creating the powerful hips rotation.

Although the powerful hip rotations create high penetrating strokes, the opposite leg position (knee and ankles) should take over the role of providing stability  in order for the lower extremities to keep the balance while the trunk fully rotates. This kind of balance is of highest importance to keep the center of gravity within the base of support and player closer to the ground preventing the body from straightening up and by that, a ball from moving upwards (long).

Depending on the loading foot position (perpendicular or parallel to the baseline) or of the speed and direction of movement (backwards or lateral) the opposite leg (knee and ankle) act in two different ways. Either as the brake by being pulled upwards stopping the movement or as the deceleration by being pulled to the opposite side of the direction of the lateral movement (mogul step) during the stroke. In this way, not only balance position is achieved but the player is ready to begin the recovery movement timely and  efficiently.